rockpool in the kitchen: The Cure(d) 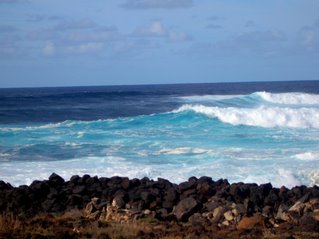 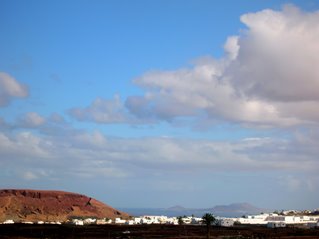 Granny seems to remember promising the story of The Cure and Charlotte Sometimes - the song -a long while back. She is about to start posting more, much heavier stuff, about the care home for people with mental problems. But she thought she'd post this first as light relief. Yet again, though, she'll be writing in the first person.

Years and years ago, in the late sixties, I wrote a book called Charlotte Sometimes, a book set in the kind of English boarding-school my twin sister and I attended/were incarcerated in - take your pick - for part of the fifties. The main character - Charlotte - finds herself switching back and forth between the year 1918 and her own time, taking the place of another girl in 1918, while that same girl takes her place in the 50's. The whole book turned - though I didn't see that when I wrote it - on identity; how do people identify you as you? How could they accept one person as quite another (assuming the two people look reasonably similar to start with as Charlotte and her 1918 equivalent did)? This happens to be a particularly relevant question for twins in general, and still more so for two not identical but similar looking twins like my sister and me, quite different in character and ability - even opposites in many respects, she right-handed, me left - but always taken together not singly. This was another connection I did not make at the time I was writing. The book would probably have worked less well if I had.

But other people made connections; the book struck chords; became my most successful by far. Just how successful I didn't realise till more than twelve or thirteen years later when one of my children came home from school and said 'Did you know, mum, there's a song called 'Charlotte Sometimes'?

No, Mum did not. Nor did her agent, whom she alerted immediately. Neither listened to rock much, neither had heard of the group called The Cure that performed this song. 'Get a copy' ordered the agent, so Granny went out and bought the single. The lyric to the song was on the record sleeve. Not only was it about confused identity, much of it consisted of quotes from the book. The title of the instrumental track on the B side, what's more, was another quote from the book.

Now copyright law at the time was a very crude instrument. 'Moral' and 'intellectual' rights, acknowledging an author's ownership of themes and ideas, as well as the actual text which incorporated them did not exist. The sole criteria for judging whether copyright had been breached was the proportion of a text used. Taking a mere two lines, from a poem, from a song lyric, in any book of mine would have constituted a breach of copyright unless permission was given for it, and, often, a hefty fee paid. On the other hand the amount of text used in a song lyric, even a longish one like this, was such a relatively small part of an entire novel that it would not count as breach of copyright. Nor did an author have any right to a title. Nor do they still. Googling Charlotte Sometimes for this piece I discovered a relatively recent film of the same name, not related to my book in any way. Such a title is unlikely to be pure coincidence. I suppose it's a kind of flattery really- even though I'm sure the inspiration here was the Cure song not my book - perhaps I shouldn't mind; but I do; a bit. I thought up that title first.

The blatant use of the text in the song was another matter; even then, it was, possibly, contentious, despite the limitations of the copyright law. Letters, faxes, were exchanged between my agent and the Cure's management. The Society of Authors took the matter up and went to consult counsel; counsel's advice was that yes there might be a case for breach of copyright in this case, but if the matter went to court they couldn't be sure of the outcome. The Society of Authors, a fairly timid organisation on the one hand, and a fairly poor one on the other, decided to take it no further. As I couldn't afford to follow it up myself, as the company were threatening to delete the song, and it was already clear it was doing wonders for my sales - and adding somewhat to my fan mail - we decided to back down.

So things went on for ten years or more. The extra income from Charlotte was useful; it was less than a pittance compared to what the Cure would have earned on their song, but at least it kept the book in print - it is the only one of my books that has always stayed in print, going through 3 or 4 separate editions. I enjoyed some of the other fallout too; the letters from people I wouldn't normally have expected to hear from; the reports in music journals like New Musical Express about girls deciding they were schizophrenic and renaming themselves 'Charlotte' because of the song - and directly or indirectly - because of my book; the naming of a yacht, 'Charlotte Sometime' - one year it came second in the round-the-Isle-of -Wight race. I ceased to be annoyed, even enjoyed the whole thing. It's good to be remembered for something as a writer, if only for one book. Many other writers disappear altogether but I didn't, entirely.

The Cure themselves went quiet for a while, They issued some new albums from time to time but did not tour. But in 1996 I think it was, I saw that they were going to tour again, starting with a huge gig at Earl's Court just up the road from Hammersmith where I was living. I decided to try and get tickets; to get myself backstage if possible, to meet the Cure themselves; in particular to meet the group's lead singer and song writer, Robert Smith. It wasn't easy getting in touch with them; even when my agent and I managed it between us - discovering in the course of this that The Cure's base was in a building they'd named 'Charlotte House' - the management was deeply suspicious. The law had changed by now, moral ownership was acknowledged, they appeared to suspect I was going after them again. Finally my agent and I convinced them this wasn't so. They agreed: yes, there would be tickets for me at the Box Office. And yes if I came early and went back stage, I would be allowed to meet Robert Smith himself.

And so it was I offered the second promised ticket to my twin sister's daughter, my niece, born a year after the book came out and named, appropriately for the evening, 'Charlotte' (if I so much as hinted that she might have been called after the fictional Charlotte, my sister would rise up out of her grave to clobber me, so I won't). On a June evening - or was it July?- we set off together for Earl's Court for my - if not Charlotte's - very first - and probably last - rock concert. To be continued.

Labels: Charlotte Sometimes and The Cure

Author of children's books, including Charlotte Sometimes, adult novels autobiographical anthologies. Now trying her luck on the internet with 'Lifting the World.' She lives in exiled bliss - mostly - on a Canary Island,with her very own beloved, helping to tend the rock pool in their kitchen. And continuing to write; this blog, not least. Loves malt whisky, her Beloved's cooking (most of the time) books, the sound of the cello, hot baths and octopus eyes, dark chocolate and boiled eggs. Above all she loves - and misses - her grandchildren, provided she can send them home when SHE chooses...